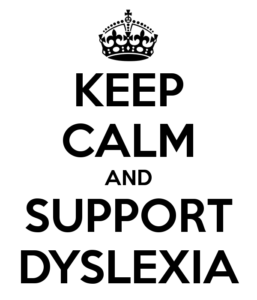 For millions of people up and down the country, dear reader, this is a very important week. In fact, according to the British Dyslexia Association, somewhere between 6 and 7 million people across the UK have the condition which this week is dedicated to raising awareness for. That’s an awful lot of people, isn’t it? About a tenth of the population is affected by Dyslexia, and many more may yet be undiagnosed. Furthermore, according to the Equality in Higher Education statistical report for 2015/16, of the total of 89,695 university students that declared a disability, almost half of those students had a specific learning disability, Dyslexia included.

Given that statistic, it should be pretty much redundant to say how important Dyslexia Awareness Week is for our country, though I could not overstate its importance if I tried.

Given that I am Autistic and have no personal experience of Dyslexia, perhaps it isn’t for me to tell you what Dyslexia is and what it feels like. However, despite the advancement of time and the prevalence of the condition, dyslexic people still face a lot of negativity due to misconceptions in conventional wisdom. For example, because of the most famous problems caused by Dyslexia in areas such as reading and writing, many students with Dyslexia will tell you sad stories about struggling in school, working hours on pieces of homework only to get an abysmal grade, finding it impossible to participate in activities like reading with the class or to write notes at the same speed as everyone else. Worse still, because of these things, they tell stories of ridicule and bullying by their classmates and being yelled at by teachers who eventually denounce them as stupid and/or lazy. 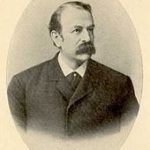 Dr Rudolf Berlin, who introduced Dyslexia as a medical condition in 1887

How can this be, dear reader? It is almost the end of the year 2017, and at least a tenth of our population has Dyslexia, so why oh why Delilah are we still hearing these stories? As early as 1887, Dyslexia was introduced as a medical condition by opthalmologist Dr Rudolf Berlin. Since then, understanding of it has developed from ‘congenital word blindness’ into the complex, multi-layered condition we know today. Yet still, provisions and education for people with dyslexia is not what it should be, and the term ‘Dyslexia’ has too many stigmas attached to it.

Here’s a name all of you should be familiar with: Albert Einstein, theoretical physicist, the mind behind the theory of relativity, and he whose name is synonymous with ‘genius’, boasting perhaps the highest IQ in history. Did you happen to know, dear reader, that by most accounts, Einstein was Dyslexic? That’s right, arguably the greatest mind in all of history belonged to someone with Dyslexia. Wait, there’s more – how about Steven Spielberg, Mohammad Ali or Richard Branson? Yep, they all have dyslexia too! Tell me, were any of those men lazy or stupid?

In my own experience, having worked with and supported many people with Dyslexia throughout my university career and in my current job, I have witnessed first hand just what students and friends with Dyslexia can accomplish. During my time as the Disabled Students Representative, I had the good fortune to meet at least four wonderful people with dyslexia, all of whom took part in my Disabled Students Society and helped me keep it afloat, attending meetings, putting forward ideas and making great contributions to the fledgling society. All of these students faced a great deal of academic hardship because of the problems presented by having Dyslexia compounded by the sheer volume of work; this was alongside the personal problems and depression that two of them were already going through. And yet, not only did all of them take it upon themselves to help me run the Society, but at least two of them graduated with a 1st Class, and have been the object of my secret envy ever since, as I just happened to miss that mark by 2%! Another graduated with a strong 2:1, and the other graduated with a 2:2 – an incredible result considering her personal problems at the time.

What does this tell you, dear reader? That Dyslexic people are stupid? Lazy? Without talent? No – it says the exact opposite. Why should we take this week seriously, and give Dyslexia awareness its due? Well, a) the obvious answer is people with Dyslexia by default deserve the same opportunities as anyone else – but b), the point this blog is trying to make – just look at the potential of those with Dyslexia. There are the names like Einstein, Mohammad Ali and others whose name will endure throughout history, and then there are the people that you meet everyday who have so much potential within them. Often, looking back, I wonder if my friends succeeded to the extent they did because rather than despite their condition; after all, children and adults with Dyslexia often show immense creativity and possess a unique set of cognitive skill in place of their ability to read text. Given this, when people with Dyslexia insist that they are not disabled, its quite hard to argue.

But my point, good readers? There is so much potential out there, little geniuses that go to school and are condemned and discarded for their inability to decipher text. Too many who could have been the next Einstein or Steve Jobs drop out of school early. As Einstein argues, ‘if you judge a fish by its ability to climb a tree, it will live its life thinking it is stupid’. Perhaps it’s time to recognise Dyslexia in the classroom, take away the unfair measuring stick that is text, and introduce them to the creative talent they possess. And perhaps on this years Dyslexia Awareness Week, we can open more eyes to this truth.

You can find out lots more information about Dyslexia Awareness Week by visiting: