Diversity, not disadvantage: The UN’s International Day of Persons with Disabilities

Welcome, dear reader, to a most important edition of Access2Learn’s blog. Did you by any chance know that each year on the 3rd December, the UN recognised International Day of Persons with Disabilities takes place? No? Truth be told, that is a guess, as nobody I have asked thus far has even heard of such a day, let alone knew when it took place. Kind of a shame, isn’t it? It’s an important day for over 10 million people in the UK and nearly 40 million across Europe – and chances are very few of them even know it exists.

Incidentally, the theme of this year’s IDPD is the empowerment of people with disabilities and the removal of barriers from their progress. The ethos of this day can be summarised in one simple and yet powerful line: “Disability equals Diversity, not Disadvantage” (If that doesn’t deserve to be a hashtag, I don’t know what does – #diversitynotdisadvantage). 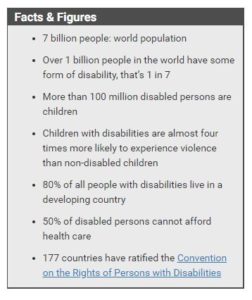 Yet as I said before, very few people even know that the day exists, which perhaps highlights one of the biggest barriers to those with a disability, both within UN countries and without – the attitudinal barrier. In my own experience as a jobseeker with an invisible disability, I could pretty much count on my application being rejected if I made any mention of my condition – with the obvious exception of my current job, for which I am extremely grateful.

The only work I could get was washing dishes at a local pub – hardly fitting work for a university graduate, but as far as anyone else was concerned, that was the only work I was fit for. Nobody wanted to take a risk hiring someone with Autism for any meaningful job. I can only imagine that they saw the word ‘Autism’ on my CV, or heard it at job interviews, and immediately a red light started flashing in their minds. Funny, because in my experience, Autism has been less of a ‘disability’ and more of a gift to my intellect than anything, even with the lacking in social instinct and sensory sensitivity. But nope, no-one else thought of it that way. 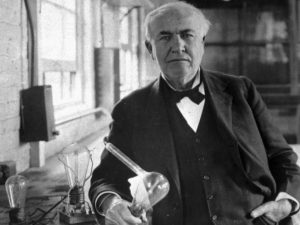 Thomas Edison, inventor of the lightbulb

Is this unique to me? Not according to the ONS, who suggest an employment gap between disabled and non-disabled people of working age of over 30%. Just under a third larger. More disturbing still, according to the site Disability Sport, more than 40% of people think of the disabled as a social burden, with 180 disability hate crimes committed per day. If that isn’t disturbing, ladies and gentlemen, I don’t know what is.

But if we’re a social burden, why was it then that the name Albert Einstein (Autism, Dyslexia) is synonymous with ‘genius’ and ‘E=MC2’? Or what about the late, great Professor Stephen Hawking, who couldn’t even move on his own power, yet advanced the scientific community for decades? Or Thomas Edison (Dyslexia) who gave us the lightbulb? How about Nick Vuljecic, who despite being born without limbs, is a world famous athlete and motivational speaker who influences thousands of people worldwide? Need I go on? Just FYI, if I do, you’ll be reading this for eternity … 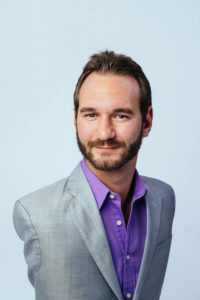 Nick Vuljecic, born with Tetra-Amelia Syndrome, a rare disorder characterised by the absence of arms and legs.

As someone who developed Anxiety in his pre-pubescent years and has had Autism since birth, I earnestly believe that the mistaken perception of those with disabilities is the major barrier to us. Even the term ‘disability’ in itself can be seen as part of the problem. People think of that word and immediately think ‘less than’ or ‘incapable’ … the latter is literal translation of the word ‘disabled’. The truth, ladies and gentlemen, could not be more different. Everyone – and ‘by everyone’, I literally mean every human on the planet – everyone faces struggles and barriers unique to them. “Disabilities”, invisible and visible, affect at least 10% of the UK population alone. Mental illness can affect any human being on Earth. It’s a fact. So many across the world have some kind of condition that makes them seem apart from the rest. But because of the label ‘disability’ and the stigma that naturally goes with it, so much talent goes ignored and wasted. Why? Because we judge others for their problems, instead of looking at people for who they truly are.

Autism has given me perspective, perspicacity, insightfulness and an unmatched alacrity and capability for my areas of interest. According to the good people who diagnosed me, my command of the English language exceeds 90% of the country. So should I be judged for my lack of social skill or my inability to engage with tasks that don’t stimulate my brain? Anxiety might make me appear cowardly and awkward on the surface, but it has taught me compassion, respect, caution and above all else, strength. Yes, I said strength. Despite my fear, I found the courage to go to university, to enter the world of work and to hold my nerve together long enough to pass my first driving test. Why, then, should I be thought less of because I get nervous in some situations, or because of my inner demons?

Dyslexia, with the problems it causes in conventional learning, gives the world creative genius and outside the box thinking. Fibromyalgia and Chronic Pain makes tough, adaptive modern day Spartans of those who adapt to living in constant pain. PTSD, Depression, bi-polar, all other forms of mental illness – these teach us compassion and courage. Dwarfs like Peter Dinklage show us how to tower over the rest with talent. OCD gives us obsessive conviction and compulsive excellence. Some of the finest athletes in the world use a wheelchair. Maybe you’ll remember this next time you come across someone who is ‘disabled’.

Thus I submit to you that everyone has problems of some kind or another, and that ‘disabled’ people are no different. Just because our problems might be more visible, we are not really that different from anyone else. People are diverse in so many ways; ethnicity, height, weight, sexuality, nationality, what football team they support, what starter Pokemon they choose … others are Autistic, Dyslexic, wheelchair users etc. My point is that these things that make us different are simply another form of variation that makes the world go round. Yes, we have unique problems, but we also have unique strengths. On that point alone, that doesn’t make us much different from anyone else. What people call “disabilities” are just another form of diversity.

In other words, we are Diverse, not Disadvantaged, and it’s time that was understood by the world.

Diversity, not Disadvantage; whoever coined that phrase must have an IQ of 600.

You can find out more about the UN’s International Day of Persons with Disabilities by visiting their website, and using #diversitynotdisadvantage on Social Media.